Yesterday I met Frances Whiting, a loud talking, bubbly feature writer with a penchant for winking across the office desk partitions. She’s hard not to pay attention to when she walks into a room as she has this energy that shoots out from her like lazer beam. I liked her instantly.

She invited me to come to an interview with one of  the ‘Pink Twins’ for Brisbane Icons a new feature piece Qweekend runs. The ‘Pink Twins’ refer to Moyia and Dorothy O’Brien, indentical twins from Brisbane who would where matching pink outfits into town. They were pioneers for occupational therapy in Brisbane after the Great War and opened Swara, a disablitly centre located in Dutton park. Dorothy passed away in 2004 but Moyia still works one day a week at Swara.

We arrived at Moyia’s house in New Farm and you guessed it, the house was pink. The house was originally a duplex and Moiya and her sister bought it for $37,000 believing they were only buying the side they rented. They were surprised to find that the deeds to the house included both sides. They pulled down the walls and put doors in between the houses and each sister put a pink plaque with her name above one of the front doors. 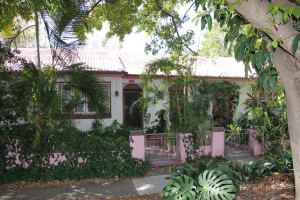 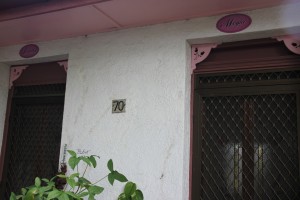 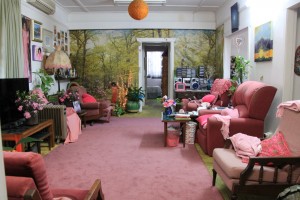 Moyia and her sister never married and lived in the same house their entire lives, they even shared the same bedroom. They travelled to India together more than 50 times and Dorothy spent the last days of her life in India.

True to her name Moyia was dressed head to toe in pink, with bright pink lipstick on her lips. She gave both Fran and I a big hug and kiss and proceeded to show us around her house and garden, holding both of our hands and cooing over her orchids. She is 87 and has bad arthritis in her knees. 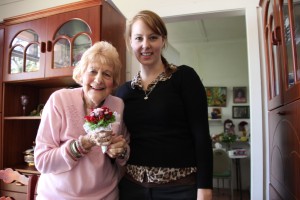 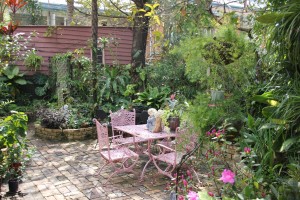 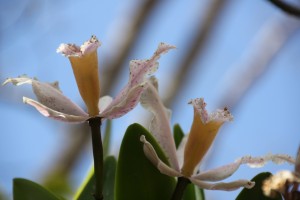 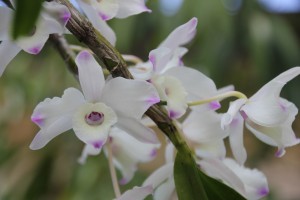 She has five wardrodbes full of pink clothes.

We sat down and had coffee and nibblies while Moyia recounted her incredible experiences, it was a really enjoyable day.

Fran gave me some advice about writing a good feature story. She said that you have to find a different way to tell the story, because a lot of stories have already been told time and time again. You have to find something new and interesting. She used the Pink Twins as an example. They have been written about many times before in Brisbane media, they are well known not just because they were visually out of the oridinary but because they have achieved great things. Fran told me that you must spend time with your subject. Today’s interview was not ‘the interview’, it was a get to know you session, Fran will go out with Moyia to Swara and when she goes shopping with the blue care nurses, then she will conduct an official interview. All of this information gives weight to the profile. We spent nearly three hours with Moyia today, Fran said there was maybe 3 quotes she could use in the feature. I realise how important knowing your subject is to a profile piece. It’s not like news where your in and out with the bare facts and a few good quotes, that just doesn’t cut it.