Buzzing With Excitement As Toowoomba Blooms Into Colour

I SURVIVED MY FIRST WEEK!!!

So excited for week two, I have so much lined up, but more of that later. This how week one went down. 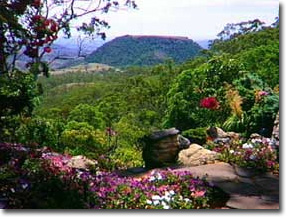 After a short tour and introduction I was given a brief run down of the paper. The Chronicle is of course a daily newspaper. However every week the paper publishes a free Toowoomba Mail edition and also the Rural Weekly. I was surprised at the enormity of a local paper in a town like Toowoomba.

My day started at 8am with a morning meeting, pitching story ideas for the day. Being my first day, I was just given a couple of small stories to work on and of course a few briefs, but I soon learnt what was expected of me. It was made clear on day one that I must find my own work to do, come up with my own stories and ideas.

Much to my relief, I had another intern from USQ starting out that day as well. It was comforting I wasn’t the only one unsure of everything but with such a heavy workload at the paper, I barely said more than a hello to her for the whole day.

The reason why the paper was so busy, is because the paper was having a lead up to the biggest event of the year. The Toowoomba Carnival of Flowers. Everyday for two weeks there would be pages and pages of carnival coverage.

Apart from shadowing journalists on carnival stories, Sophie and I were put in charge of the daily vox pops.

The hardest thing of all that day was learning how to work their computer system. It was quite complicated but everyone was very patient and took the time to help me.

On Tuesday I went face to face with Toowoomba crims. Drug addicts, assaults and thefts ruled the court that morning, though it was nothing really out of the normal.

I was later informed by our court reporter I missed out on some pretty good cases from the week before. The Supreme Court was in town and they dealt with everything from a granny stealing a quarter of a million dollars to someone pleading guilty to having sex with a dog. Yep, Toowoomba certainly has some interesting characters.

That afternoon I went to Harvey Norman with a fellow journo to talk learn about the new Smart TV’s for an upcoming article. Turns out the smart TV’s were too smart for me. I was more confused by the time it ended than I was before it began. But then again, I have never been overly techno-savy.

Following that was a photo shoot of a local basketball team. Through some research I found out the local team was entering into state championships. I had one of the photographers come out with me to get a pic. The team was leaving that afternoon for a holiday at the gold coast before championships, jealous much.

Turns out Titans player, Scott Prince, was in town. Unfortunately I didn’t have the chance to go and meet him, instead I was let loose in one of our many company cars. Driving out on one of my own assignments was quite a privilege. From that story came another. So I happy with the outcome.

Without a doubt the most interesting part of my day was going out to talk with a local artist. But instead of drawing or painting or sculpting, his award winning artwork was a wooden structure inclusive of two small stuffed mice. Beauty is certainly in the eyes of the beholder.

When I got back I met an inspirational young boy. He is an 11-year-old student flying up north to take part in the Cairns to Cooktown Cardiac Challenge Bike Ride. 300Km over 3 days. I’d be flat out riding 3km over 3 days.

Opening the paper that morning I was pleased to find out I had two bylines. One for my basketball story and another for a small piece about a local choir. While both were small pieces I was thrilled just to see my name in print.

As it turned out, a lot of stories were getting pushed back due to the amount of carnival coverage. Needless to say, everyone was over the Carnival of Flowers and it was only day four.

So while I did go out on a couple of small assignments, I spent the rest of my afternoon deciphering handwriting in the attempt to type up Letters to the Editor.

I was so excited for Friday. It was the last day of week one and I would be heading home for the weekend. Unfortunately Friday was much the same as the day before at work. Not a great deal to do.

I went and interviewed some tourists who were in town for the Carnival. I enjoyed getting out of the office and I met some very interesting people by the time I found a couple I would eventually write my story on. I was also assigned to take my own photos for the day and I am happy to report both my story and picture was published the following day.

So to sum up my week:

« Yargh, me hartys its international talk like a pirate day. » One week down, here’s to week two.