Time Out Banned… How Far is Too Far? 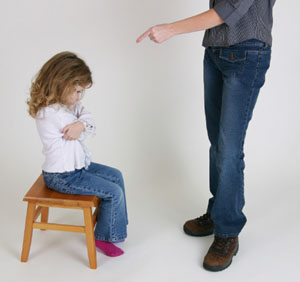 Childcare workers are not only under paid, under resourced and underappreciated; but now they are undermined and powerless as well.

For those who haven’t already heard the news, the National Childcare Accreditation Council will be implementing harsh penalties for supervisors who, god forbid, actually discipline children.

Sorry Super Nanny, but sending kids to the naughty corner is now a punishable offence… and apparently emotionally damaging.

That’s right, politics are taking over the classroom once again and teaching children right from wrong may as well be kissed goodbye.

Now it’s all about keeping up appearances, as the competition for the best behaved child has begun.

‘I don’t pay that amount of money to be told how naughty my child has been,’ said one parent during my time working in childcare.

For those parents out there who have somehow convinced themselves that they have a perfect child…NEWSFLASH…  you don’t, and neither does anyone else.

I have never come across a child who hasn’t needed pulling up from time to time and, on most occasions, telling little two year old Johnny, ‘Stop, we don’t bite out friends, they don’t like it,’ doesn’t usually cut it.

Children learn from making mistakes, but how are they going to learn what a mistake is and what isn’t if there is no such thing as discipline?

Like many generations before me, I grew up on the word ‘NO’, smacks on the bottom, and yes, time out.

While this would most likely be considered ‘traumatic’ in today’s society, back then it was simply the norm and all things considered, I think I turned out reasonably well, or at least I like to think so.

Now before all the child advocates’ starts tearing me apart, I am not saying bring back the cane or that physical punishment is by any means acceptable, what I am saying is that children need boundaries, and these boundaries do need to be enforced.

I agree that children need to be given love and affection, to be cared for and praised and that positive reinforcement should be promoted, but leaving carers feeling helpless and powerless is not the answer.

Let’s put some power back into the hands of teachers and carers and help them to help our children reach their full potential.

« The Kindness of Strangers » Dancing Feet