Everyone has something to say

One of the things I wondered about when I first started researching stories was how willing would people be to talk? It turns out they are very willing! I’m sure a lot of people think they would want to avoid interaction with the media but I’ve learnt that if there is an issue that is having an affect on people’s lives, no matter how big or small, they will talk if they think it will help their cause.

One of the stories I have written is about a recycling station that has been placed near residents homes, attracting people at all hours of the day and night. When I went to the street to photograph the machine and talk to residents I wasn’t sure what sort of a reaction I’d get.

The first person I approached however was more then willing to chat, giving me some good quotes to work with and some extra information about other neighbours more involved with the process of having the recycling station moved. (The manager of the business hosting the recycling station wasn’t as keen to chat however. Still waiting on that call back…)

My latest story regarding small cell base stations being installed right outside residents homes was another example of how willing people will be when they have a point to get across. I got quotes from four concerned residents who were more then willing to talk to me and supply me with information about what had been happening in their street.

Two of the neighbours also thanked me for taking an interest in the issue and writing about it. So whether it is a recycling station that’s getting too much attention at odd hours of the night or small cell base stations that have potentially harmful health effects, there is usually at least one or two people who will want their voice’s heard. 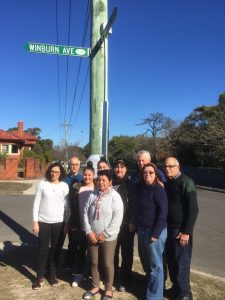 Residents were happy to speak about an issue that was having an impact on their street (and health).

« Council meetings as a source of news stories » Daily Telegraph: Welcome to the biz, here’s a Murder (allegedly)