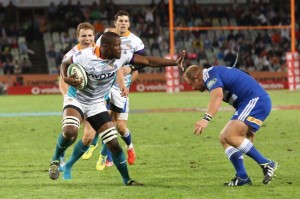 71-cap flanker Schalk Burger is out of the Springbok side for this weekend’s match against the Wallabies, replaced by Teboho Mohoje. Mohoje has only six professional rugby games behind him, though he’s already been rated as a player of similar calibre to Scott Higginbotham. Either way, the Wallabies have a tough match ahead of them in Cape Town this Saturday.

The game will be broadcast in Australia on Fox Sports and Network Ten, with coverage starting at 1am AEST.