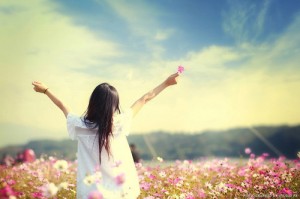 Many moons ago, a young, adventurous journalism graduate from Rockhampton set off to see the world.

First stop, an internship in Canberra’s corridors of power, was disappointing.
“The whole political reporting gig left me cold.

“It was such a pretentious and contrived piece of theatre and the reporters took themselves far too seriously.”

So she joined up with Australian Volunteers Abroad.

And landed in Sri Lanka.

She didn’t want to return to Australia to work on the local paper doing ‘Mavis-Funkle-wins-best-lamington stories’ so when her AVA contract was up the young reporter got a job with Sri Lankan English-speaking newspaper, The Midweek Mirror.

AT 23 Linda Brady was the youngest Western journo to cross the border to interview the LTTE politburo officials, but she was too young and raw to fully appreciate the opportunities that were knocking in a country embroiled in civil war.

“I didn’t have the grasp on Sri Lankan politics I have now and there was more interference from editorial management than I would be comfortable with now.

“If I had that interview again it’d be a damn sight better.

“Of course that will never happen.

“In fact our talent was blown up just a few months after we interviewed him.”

The road led back to Australia, to APN newsgroup, to a job as Queensland Times’ COS which morphed into APN sub Editor and Designer with the Centro West team.

It’s a long way from Sri Lanka – “crossing the border, getting stuck in live-fire riots, running to escape bomb blasts” – to Ipswich.

But instability of a different sort has taken over as the media keeps one eye out for technological revelation.

Linda reflects on an idea she heard in a radio doco.

That 24hr media has contributed to our loss of trust in politicians because politicians now seem always to be in election mode which “distracts and detracts” from the job they are meant to be doing.

What really bothers her is the demise of investigative journalism.

“I think it’s disappearing, out of this need for instant news and instant updates and the focus on keeping up with the competition.

“It’s pulling resources away from those investigative pieces that break the really big stories.”

She sees a trend towards ‘fluff’.

“We’re putting extra ‘fluff’ in our newspapers and not focusing enough on the stories that matter.”

“You know good journalism when you read it.

“You know bad journalism when you read it too.”

She says two of the best people she ever worked with were two grumpy old subs up in Rockhampton – Len Lester and Barry Eggleston.

“If anybody made me appreciate that newspapers have a responsibility to uphold some sort of linguistic integrity, it was them.

“They had that real old-school knowledge of language and they were only too keen to sit you down and roast you over your tangling of the language.

“They had an excellent grasp of language and there really isn’t a lot of that around now because people move through the system so quickly.”

The use of colloquialisms doesn’t bother her.

“People need to communicate and if that’s how you communicate with your readers, that’s fine.”

But she laments the ‘Americanisation’ of our language.

“I know, from a newspaper sense, it means you’ve got one less character in the headline but to me, verandah without an ‘h’ is just laziness.”

Her taste of war reporting hasn’t left her but Linda’s interest is more humanitarian.

“…the refugees, the broken families, the orphans, the humanitarian cost, the way people fit their lives in around security checks and curfews, what they teach their kids, the ethnic tension.

“Even now I prefer the ‘small bloke’ story rather than the overall political or military ramifications.

“Although I admit I do look at Sally Sara occasionally and sigh!”