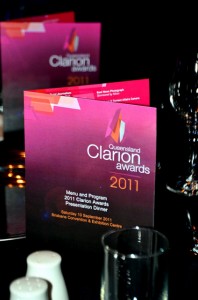 I was lucky enough to be part of such a grand and dazzling evening in the presence of our country’s most elite media celebrities.

Siobhan Baillieu and myself were assigned the privellege of selling raffle tickets to all the attendees to win a much sought-after Nikkon DSLR Camera and some other fabulous prizes all in support of the Media Alliance’s journalism fund.

Upon entering the room it was a magnificent and austere collaboration of exceptional colour, mood-lighting and impressive event management. 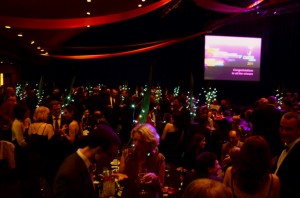 Held at the Brisbane Convention Centre,  the halls are long and grand.

Trays of divine food being wheeled in by caterers and pre-dinner drinks were second to none.

I have to say the wine served that night was the most palatable Sauvignon Blanc I’ve ever tasted. Truly.

The champagne wasn’t too shabby either.

We proudly cheered on Jschool’s former student and the now the Courier Mail’s own Anthony Gough, a Clarion Award Finalist second year in a row (yes John we remember your roar from the crowd! Very cool.)

What was so incredible was every table I circulated, held Australia’s best journalist, editors, radio announcers, anchors, reporters, producers etc. and each and every one of them were so down-to-earth and full of personality and warm conversation.

Amongst a night of generous donations, exchanges of raffle tickets and conversation I was fortunate enough to meet Spencer Jolly and Laurie Oakes. 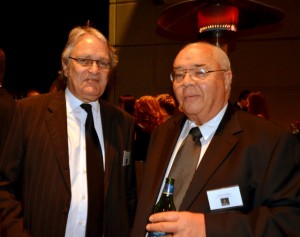 Now I wasn’t my best composed self. After over indulging slightly in the vino, things felt like a nice blur.

Spencer personally gave me his phone number and asked me to call him about the position/s of two reporters needed (after channel 9’s loss of two journalists) to arrange for a job interview.

Meanwhile Laurie and Siobhan were having a lovely chat.

Once again another surreal moment. I was at the table of two very important figures in Journalism.

Political Journalism.  They’re giving us money and we’re all happy. 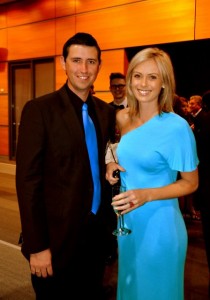 Amidst her tasting gourmet chocolates, we introduced ourselves and she politely giggled, apologised and proceeded to have a conversation with us about inside tips and valuable advice on getting into the fold.

I complimented her on her coverage of the Brisbane Festival. She took it modestly.

She is so elongated and graceful. Taller and even prettier than on screen.

Media Awards Coordinator, Anna Magnus was very pleased with our raffle ticket abilites and thanked us for our efforts to raise money that night.

It was my pleasure.

What an enchanted evening!