My last day began as any other normal day except the Gods decided that it would be tops to turn on the rain for me to walk to work in.

Luckily, I’d purchased a extremely good quality umbrella and raced back to the room so I wouldn’t look like a sewer rat when I arrived.

This umbrella, at the bargain low price of $5 wasn’t as prepared for the showers as I thought it was and I still got a little wet but not too bad. 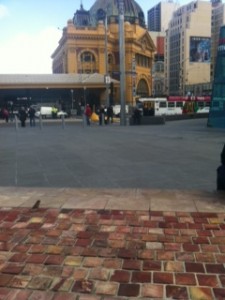 After arriving and telling the entire office about my encounter with the “ST Kilda Schoolgirl” which resulted in laughs, the first job of the morning was to have a chat with one of the lovely subs Cathy who had given me some great feedback on some stories I’d done.

She had suggested several things that I knew I was doing wrong but old habits die hard and I needed to get in the mindset of how frustrating it would be for a sub to edit a journo’s writer that constantly made silly mistakes.

We wrapped up our chat and I met another sub called Caz who was also very kind and helped me with advice. We chatted about how she got her start and the wacky things she has seen over the years.

In the two weeks I’ve been with HWT, I felt that I’ve learnt so much as I’m sure the other interns have. You never truly realise how much work goes into a daily paper and the time involved. Understanding why journos have high stress levels is most definitely understandable.

Erin, another reporter said that I had some vox pops to knock off so I headed out and the weather had cleared up. I did a few and met some nice people, mostly students who were more than happy to help a struggling intern out with getting comments and most importantly a good photo. 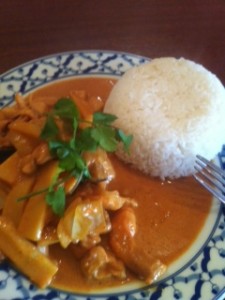 For lunch, I had my last meal at my absolute favourite Thai place in China Town (Lemon Bistro, if you’re ever in town) and had finally come to terms that eating alone wasn’t such a scary thing as long as you had something to read and didn’t rely on your iPhone for entertainment.

After lunch, I did some more vox pops and stopped for a sample coffee outside the Melbourne Town Hall which wasn’t as nice as expected. To be fair I did ask for a “very strong” coffee and since it was made from a capsule I guess I couldn’t be too picky.

Arriving back at the office, I managed to catch Marion the Features Editor who informed me that they would be using my relationship story as a feature in the Flirt section! I was absolutely stoked. This would make a Friday edition in probably the next fortnight and be an entire page with MY byline!

It was already approaching 3pm, knock off time and after saying my goodbyes to everyone it was time to leave. I got a nice evaluation comment from the Editor which really boosted my spirits and thanked her for giving me the opportunity to witness how a newsroom is run.

Leaving the building, as cliche and lame as it may sound I didn’t really want to end this moment. I sat down on a park bench overlooking the Yarra and listening to some sombre “reflection” music watched the sky and just relaxed for a few moments. 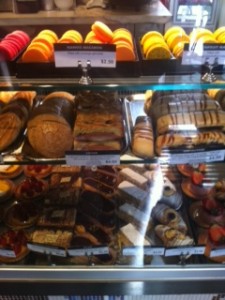 Making my last trek across the foot bridge back to my hotel, I felt sad at the amount of homeless people sitting on the bridge with cardboard signs asking for money or food. The rain was starting and it broke my heart to see people with nowhere to go.

I made it back to my room where I began the task of packing my belongings and getting the room back to how it looked when I had arrived. This had been my home for two weeks and it was kind of sad saying goodbye.

This experience had not only taught me lots about the world of journalism but it had made me realise how lucky I was for the opportunities I had recieved over someone living on the streets not knowing where their next meal was coming from.

And with that, I end my blogging experience with high hopes I get to return to HWT in the future, maybe as a fully fledged journo.

PS: I was so sad to not remember to get my happy snap at my desk taken 🙁