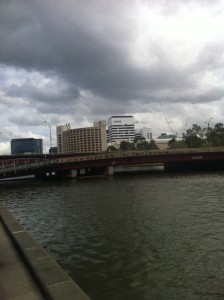 Where do I begin?!

So, I finished my blogging of yesterday’s activities at mX HQ and headed out for a lovely meal at ‘Spaghetti Tree’ an Italian place that I’ve had a few meals at in the past and my uncle played guitar at when he was a struggling Law student.

We had changed the booking due to Natalie and I running late on getting ready. I was wearing a LBD and a fab little fur mini jacket yet still was absolutely freezing. This is Melbourne after all.

Arriving at the restaurant, I could feel my iPhone buzzing in my clutch and went to answer it. The number was ‘Blocked’ and this always puts me on my edge especially when I don’t know how to answer it.

Sure enough it was Mr Ted Baillieu. The. Premier. Of. Victoria. Calling. Me. On. My. Mobile.

We small talk about our family history and he asks about where my family is living, if I had moved down to Melbourne permanently and a few other things.

It was a lovely five or so minutes we spent talking and it was a surreal moment.

Thanking him for his time, we exchanged goodbyes and I went to order a glass of Merlot to celebrate this rare chance at a chat with the Premier.

After a lovely dinner of lasagna, salad and oh-so-good bruschetta, we left the restaurant and had a quiet night back at the room.

The next morning I arrived at work with coffee ad a gooey choc chip muffin and headed into the daily news conference. Plucking up the courage, I explained my story idea I had been working on and it was considered. The next step was getting a few more quotes and it was ready to be filed.

Grabbing my second coffee, I head over to the Southbank precinct to do some vox pops. I headed up to Federation Square and managed to bump into a nice girl around my age who had just moved down from Brisbane for a change.

We got along well and chatted for a while before she suggested if I didn’t have any plans Friday to meet up with her and a friend for a quiet drink in the city. I gave her my number to contact and I look forward to meeting another BrisVegas local. 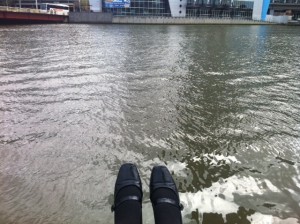 Finishing off my voxies, I left to grab my first lunch without my usual lunch buddy Natalie which was quite sad. I bought a takeaway soup and sat on the park bench and watched the furious office workers cycling past me almost knocking me down.

There are two things that don’t work in life. One is lycra and another is thinking the lycra look somehow works for you.

Walking back along the water was a beautiful stroll. I absorbed everything and with Jeff Buckley as my soundtrack, took a seat near the Casino and called my Mum to tell her about my day so far.

Arriving back at the office, I made some phone calls to people for my story ideas and soon enough the clock hit 3pm and it was time to vacate.

I’d earlier contacted the P.R team of the Melbourne Spring Fashion Week that was running after being told that tickets were scarce and unattainable, I managed to score not one but three tickets for this weeks shows.

Arriving home with enough time to relax for a little before I headed out for a quick Thai dinner alone, armed with a fashion magazine to get myself up to date with the current colour block trend that was currently sweeping the runways, I arrived at the Melbourne Town Hall to a group of fashionistas huddled around in their furs and very, very high heels.

Walking up the famous red carpet stairs was both intimidating and exciting, I was greeted by a lovely usher who handed me my parcel of tickets. There was a mix up with the seats and eventually I sat down three rows from the front. It was surreal. Like a scene from ‘The Devil Wears Prada” I was expecting a fashion mogul to arrive and of course, many of them did.

The show itself was breathtaking. I took many photos on my iPhone but they were blurry and hard to distinguish just how amazing the pieces were. 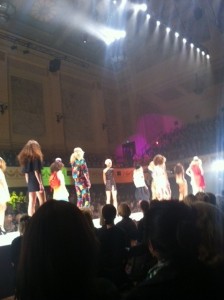 Sophie Van Den Akker, the show ambassador was simply stunning as the main attraction on the runway. Her frizzled up hair, red lips and black as black eyes were hard to ignore and she definitely lived up to her reputation as Australia’s next big export.

The show wrapped up and I had furiously taken notes on all the different dresses and looks of the show which I’ll put up for blog/Newsbytes ASAP.

Overall, a fabulous night of fashion and an added bonus was on my way back to my room I spotted infamous celebrity Axle Whitehead having dinner. I gave him a double-take which he noticed which made me have a quiet giggle to myself.