Graced with Lace – The Royal Wedding 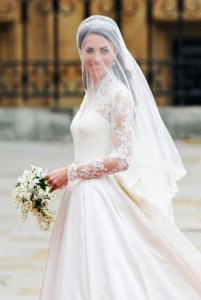 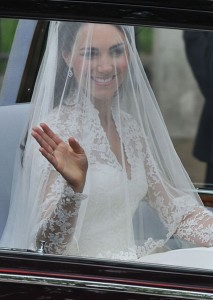 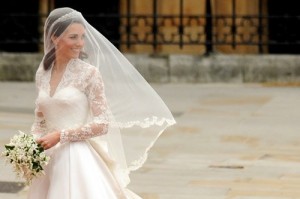 Well who can believe it? The royal couple Prince William and Kate Middleton, finally tied the knot yesterday …

In what was a world wide event spectators across the globe and celebrity guests were awestruck by such a grand event. It was clear that Kate set the stage.

As the world anticipated what our beautiful future Princess would wear for her wedding dress, it was definitely everything perfect and more.

I love the fact that she adorned herself in such elegant lace. The ivory satin and lace dress, with a 10 foot train, pearl button detail and the gorgeous subtlety of her tiara offset everything just beautifully. Revealing so little yet with effortless ease Kate managed to capture all our hearts the moment she stepped out of the royal wedding car while the world stood by in wonder.

Isn’t it so lovely to see such a remarkable woman represent what could appear to be the idea of not only a perfect princess but the “perfect woman”.

Applying her own make up was an example of Kate’s simplicity less was more in her case, accentuating all the right features of her God-given natural beauty, to compliment her personalised wedding dress collaborated by herself and Sarah Burton of Alexander McQueen Designs.

She could’ve had the choice of going for a more modern strapless dress, bare shoulder gown, heavy jewellery and excessive make up with an overdone hair-do, but she chose something that simply complimented her already stunning features and figure. 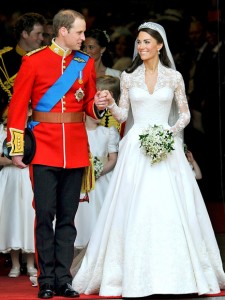 the cameras and millions of onlookers couldn’t have been easy, but it was clear she was calm and what was most appealing was how natural she was amidst what could’ve been terribly daunting.

I think without disregarding Prince William in all the hype Pomp and ceremony of  the wedding ceremony, it’s fair to say that Kate was the star of the event.

The families of the couple simply uplifted Kate’s role with an aired grace about them of simplicty and elegance also.

Prince William undoubtedly felt utmost pride as her family and the rest of the world did seeing a “common” girl marry a prince and do the royal family justice.

It’s clear that the couple were absolute equals as commonentators  made a comparison that Princess Diana was a mere girl when she married Prince Charles, Kate on the other hand was a woman with alot more self-assuredness of her role of stepping into the royal shoes of a princess.

Well done to the gorgeous Royal Couple! It was nothing short of a fairtytale wedding…