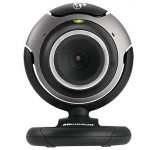 With the story getting bigger and bigger by the day, the Defence force and its latest Skype sex scandal has many people wondering  just how long this behavior has been going on for?

The woman at the centre of it all, named ‘Kate’ to protect her identity was brave to share her story to the media to prevent this being brushed under the rug and never spoken of again.

But the issue I have with the entire story is what is happening with the men involved, the one filming her without her knowledge and the six others that were watching via Skype.

These men are believed to be continuing their studies while ‘Kate’ was allegedly told by her superiors to apologise for naming and shaming these cowards and is obviously traumatised by the whole event to even seriously consider going back to the force.

Which leaves me with the question I raised earlier. Just how long has this been going on before us, the public have even become aware of it?

I feel for Kate and her situation and truly hope now her story is out in the public arena some serious changes are made to protect young women from this sort of vilifying behavior by their colleagues.

« Ready for the weekend » MURDER TRIAL