Shortly after uploading my last post I shuffled into the lobby and got my visitor’s pass. I noticed some other young men wearing the same passes. “Are you fellows interning too?” I ventured. They were. Well all except for one. He looked a little older. I must have been staring at him with a blank expression because he started to explain his presence. “Not me mate, just brpought my son in. I’ll probably go back after the induction.”. I took another look at the young man I now knew as the “son”. He looked very young. Perhaps he was a first-year university student. I asked him if this was the case. “No, I’m in year ten.” I took another look at the other two. “And you guys?” “Year 12.” “Year 11.” Hmmm. I may be part of a high school work experience program.

Soon my supervisor came to fetch me and “induct” me. “Use this computer. We might get you a user name and password.” So with induction over and done with I was able to concentrate on pitching my ideas.

I had the three I had mentioned in an earlier JSchool Blog posting and I came up with another five or so. All were rejected by the editor. But I am not discouraged. My supervisor tried to console me. She said that I probably get a few stories to work on tomorrow.

The deadline passed just after midday and by two o’clock most of the employees had gone home. Apparently the journalists come in around six in the morning.

I enjoyed reading Gill’s and Hannah’s most recent blog postings. I wonder how the rest of you are going.

Make sure you all watch Australian story tonight.

The photo shows the site where AG witnessed a very angry gentleman hurling profanities and boxes of beer bottles everywhere. Cars also copped a bit of his violence. We avoided any conflict, but unfortunately we didn’t get a story either. 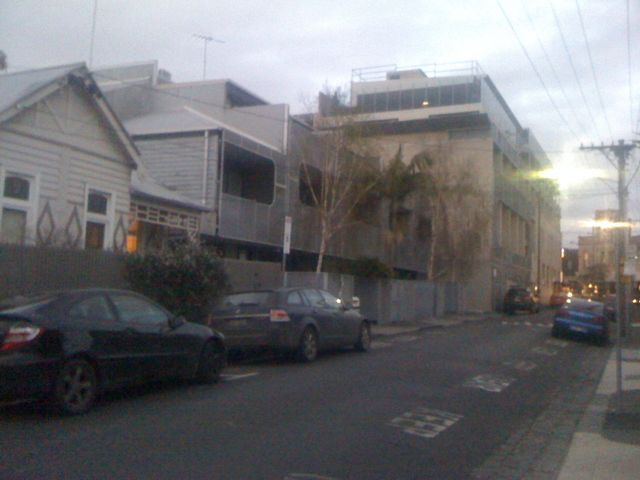