Media: Voice of the people or gag of the masses. 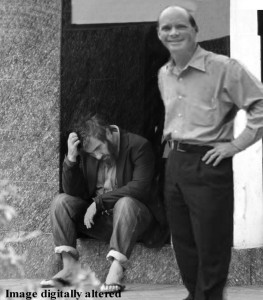 Real journalism can fix this

They call it mass media but in the end the only mass it represents is mass money. No matter how strong your integrity as a reporter, how fair your writing and how strong your morals, in the end we are all expressing the opinion of one person: the editor, the producer, and in most cases the millionaire.

I sat next a guy in the valley a few weeks ago, his name was Ivan. He was essentially a beggar. I talked with Ivan for a long time and his story read like a good novel. I considered his tales and wrote a piece reflecting his challenges, his views and his path in life. I wrote about how policy, politicians and people affected him, everyday. His problem wasn’t money to buy a second flat screen LCD HD TV, it was money to buy food. Yes food, the essential fuel for all living organisms.

So Ivan had a story, but Ivan’s story would never be told outside our conversation and my computer. Why? Because although I understood his plight, someone further up the chain would see him as ‘just another beggar’. The story would be cut for the results of tax reform, or a new superannuation scheme to promote the capitalist views of Australia.

Media is not for the people, it is for the few. The media gags the murmur of the people with the wailing of ‘Aristocrats’ . As we all seek more and more money, just because the media tells us that’s what life is about, we all become more like the aristocrats and wail about our ‘poor plight’. Meanwhile; as we fire up our flat screen tv to watch Mr Swann dish out money, Ivan fights rejection and humiliation for a dollar to buy a cup of soup.

If we, the media, were really serious about recording society, providing the voice of the people, and holding people accountable, then we would talk more to Ivan and less to Newman. Newman is elected to listen, not to talk. When the public is talking he should be seen and not heard. We, the people, tell Newman what we want and he is to make it happen.

Real independent media would reflect this and ‘yell’ at people like Newman and Quirk until they hear the people.

Recently, Newman and Quirk have totally ignored the people of Windsor. If their argument is right or wrong is besides the point, they are the people and should be heard. Quirk has no right to hide behind his media advisors, only meeting the public in the council chambers, on his turf, on his conditions. The only real voice of the people, the media, should yell loud enough to make sure he can hear through the secure walls of his fifth story office.

A newspaper can infiltrate where a person cannot. The article was written and filed but published it was not.

As future journalists we can sit back with our new little newspaper and bask in the glory or kind comments, but personally I can only be proud of any publication when real people take the time to acknowledge it’s content. Yes politicians are people as well and they are important in society; but they are one, the public is the many. The voice of the people should overshadow the selfish podium cries of one man.

The last few weeks have been about morals and the code of ethics. Frankly, it’s shaky at best. I can do the right thing to protect myself and represent as best as I can but in the end someone further up the chain can do anything they want. They control your voice as well.

Omission is as much a crime as admission.