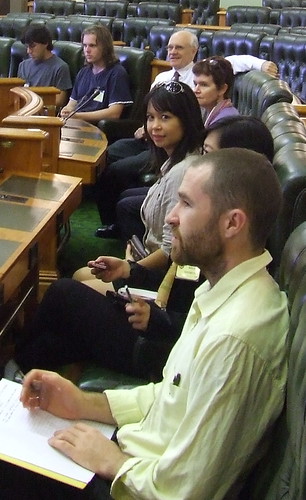 On Tuesday May 11, JSchool students visited the Parliament of Queensland, when we toured Parliament House and attended three seminars.

First of all was the tour of the former Legislative Council chamber, the Legislative Assembly chamber, and the O’Donovan Library and Collection. Brett Nutley, the Indigenous Liason Officer, led the tour, and also told us about some of the Parliament’s other facilities including the hotel-style accomodation for non-Brisbane MPs in the Parliamentary Annexe.

The first seminar was with Dr Paul Reynolds, and was about the history of parliaments. This seminar started with the beginning of the idea of the Parliament of England in the thirteenth century, when the king needed the consent of wealthy businessmen to raise taxes. Dr Reynolds pointed out that this issue – who has the power to raise taxes? – was at the heart of the struggles and civil war between King and Parliament in England in the seventeenth century, up to the formation of England’s constitutional monarchy in 1689.

In the eighteenth century the cabinet system developed, and in the nineteenth century voting rights were expanded. Queensland’s Parliament first sat in 1860, and members of its Legislative Council were appointed for life. Only adult males of certain races could vote, and politicians were not paid, meaning only rich men could be politicians, and only their interests were represented. 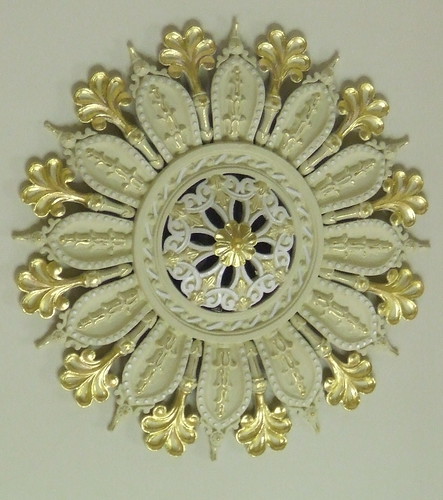 Ceiling rose and Corinthian columns in the Legislative Assembly chamber. The gold leaf decoration comes from gold mined at Gympie, north of Brisbane.

Parties did not exist in the Queensland Parliament until 1889 when Australian Labour Party MPs were first elected. Until this time much political deal-making had been done on the floor of Parliament, but as a strict party system developed the deal-making and tactical manoeuvering moved to the closed meetings of the political parties’ MPs.

Before the party system developed, governments would often be made and unmade on the floor of Parliament, as factions switched support from one government to another. Because of strict party discipline, governments rarely fall on the floor of Parliament now; this has happened only twice in the last sixty years, once when the Labor Party split and once when a by-election meant a Labor Government lost its majority in the Legislative Assembly.

Dr Reynolds talked briefly about the idea of the “separation of powers”, and explained that this was based on a misconception by French political philosopher Baron de Montesquieu, who thought that the executive, legislative and judicial branches in England were separated, unlike the absolute monarchy in France during the eighteenth century. In fact while the judiciary is almost completely separate from the executive and legislature in England and Australia, the legislature and the executive are closely intertwined. A government’s legitimacy is derived from its majority in Parliament, which leads to a paradox.

The paradox is that Parliament must be unfettered to do as it pleases (except in places like Australia where some courts can rule laws unconstitutional). But we need strong responsible governments which are predictable and continuous. So how then can a parliament hold a government to account? 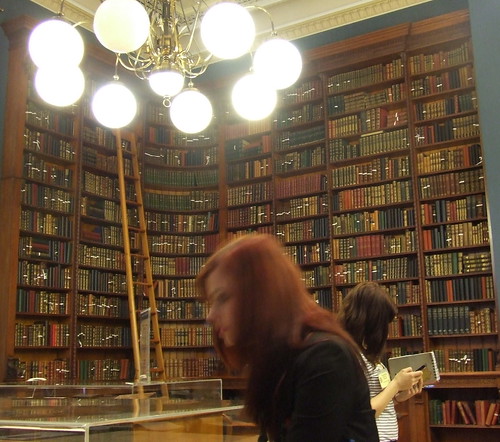 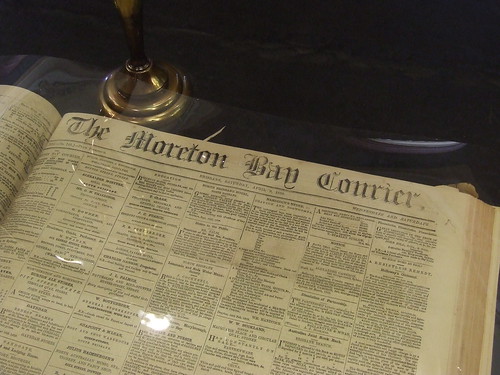 O’Donovan Library and Collection, with a copy of the Moreton Bay Courier from the collection.

Mr Emerson told us about chasing up information about a large gap between trains and platforms at Indooroopilly train station. He said that in September last year his office started receiving phone calls about people getting injured while having to step 40cm down from some trains to the station platform.

He raised this issue in letters to the Transport Minister and speeches to Parliament, and by talking to the media. He got the reply that the gap was inevitable, as the platform at Indooroopilly station is curved.

However, three weeks ago it emerged that Indooroopilly station had been re-sleepered in July 2009 and the job had been done incorrectly, meaning that the tracks had been raised – this is what caused the 40cm gap. QR staff had concealed this information. The sleeper work was re-done over the May Day long weekend.

Mr Emerson also told us about some local success he’d had convincing the State Government to use some land in Long Pocket for a park next to the Brisbane River, and how he is trying to get some land next to there to be added to the park.

Mr Emerson said one good place to look for stories can be local community associations, and also local papers, which often won’t cover every angle of stories they publish. He said good journalists do not rely on press releases, and that when he was a journalist he spent a lot of his time on the phone or with people asking questions. 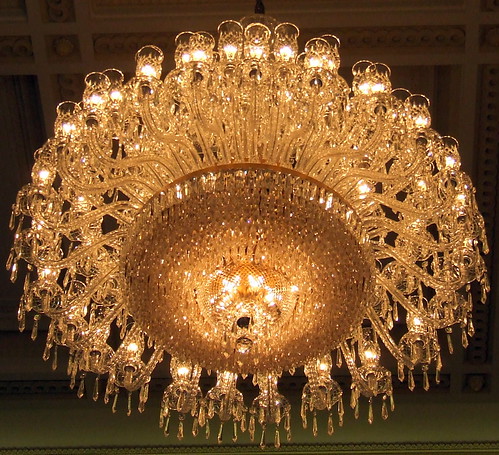 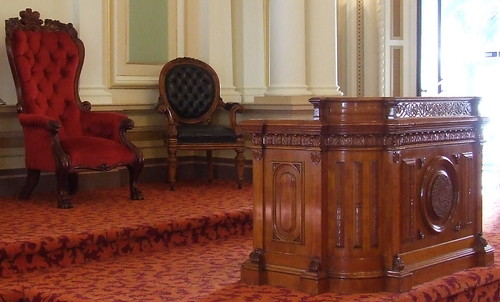 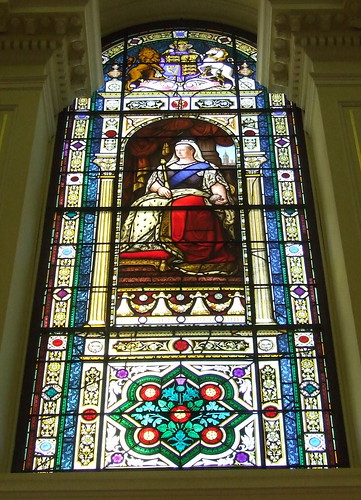